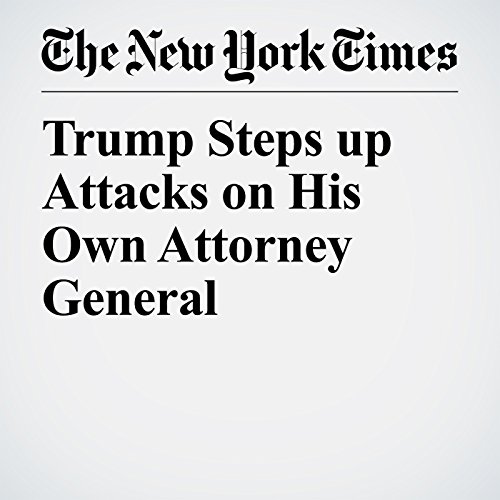 "Trump Steps up Attacks on His Own Attorney General" is from the July 25, 2017 U.S. section of The New York Times. It was written by Eileen Sullivan and narrated by Keith Sellon-Wright.