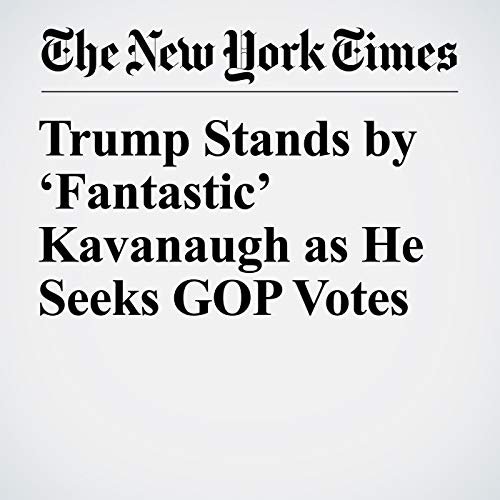 Trump Stands by ‘Fantastic’ Kavanaugh as He Seeks GOP Votes

President Donald Trump on Monday said the sexual misconduct allegations against Judge Brett Kavanaugh, which are slowing proceedings on his nomination to be the newest Supreme Court justice, could be one of the “single most unfair, unjust things to happen to a candidate for anything.”

"Trump Stands by ‘Fantastic’ Kavanaugh as He Seeks GOP Votes" is from the September 24, 2018 U.S. section of The New York Times. It was written by Peter Baker and Eileen Sullivan and narrated by Kristi Burns.