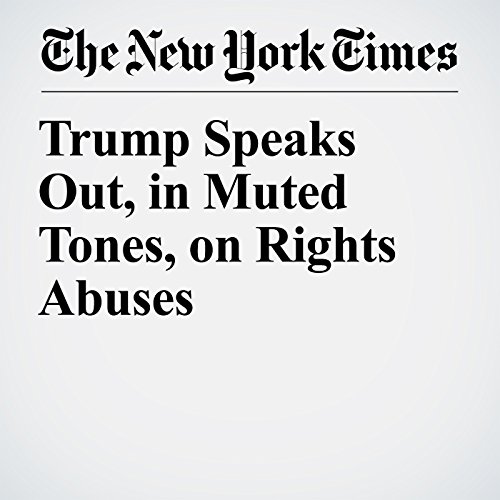 As the world recoiled at the televised images of lifeless children in the latest atrocity in Syria’s savage civil war Tuesday, the White House issued a statement expressing outrage just as any White House presumably would.

But where other presidents might have used the moment to call for the departure of Syria’s authoritarian leader, Bashar Assad, President Donald Trump’s spokesman dismissed the notion as impractical because it would not happen.

"Trump Speaks Out, in Muted Tones, on Rights Abuses" is from the April 05, 2017 U.S. section of The New York Times. It was written by Peter Baker and narrated by Caroline Miller.