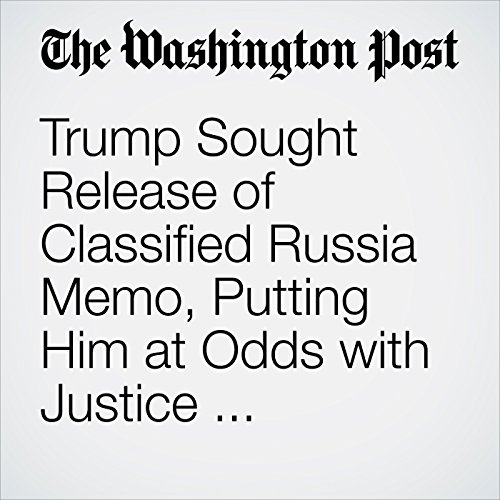 On Wednesday, as Republicans were clamoring to make public a secret document they think will undercut the investigation into Russian meddling, President Trump made clear his desire: Release the memo.

"Trump Sought Release of Classified Russia Memo, Putting Him at Odds with Justice Department" is from the January 27, 2018 Politics section of The Washington Post. It was written by Ashley Parker, Rosalind S. Helderman, Josh Dawsey and Carol D. Leonnig and narrated by Sam Scholl.