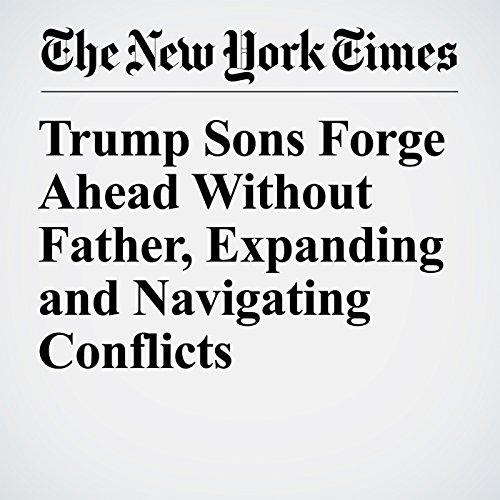 President Donald Trump’s old office on the 26th floor of Trump Tower in Manhattan sits unoccupied, unofficial storage space for the gathering trove of memorabilia that his two oldest sons say they hope will eventually be turned over to their father’s presidential library.

"Trump Sons Forge Ahead Without Father, Expanding and Navigating Conflicts" is from the February 12, 2017 U.S. section of The New York Times. It was written by Eric Lipton and Susanne Craig and narrated by Kristi Burns.