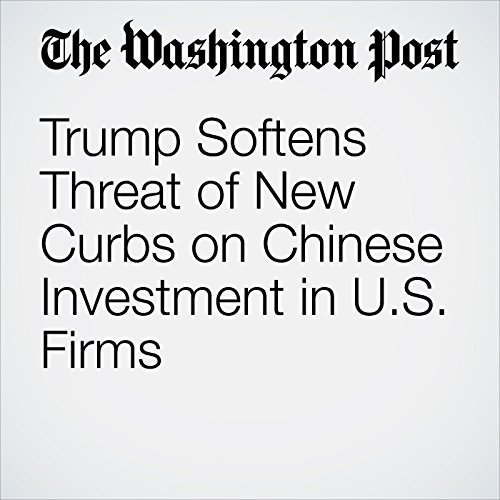 The Trump administration said it would rely on an existing Treasury Department-led committee to restrict new Chinese investments in American technology companies, backing away from a more aggressive approach that would have declared a national economic emergency and dramatically limited China’s ability to invest in the United States.

"Trump Softens Threat of New Curbs on Chinese Investment in U.S. Firms" is from the June 27, 2018 Business section of The Washington Post. It was written by David J. Lynch and Damian Paletta and narrated by Sam Scholl.