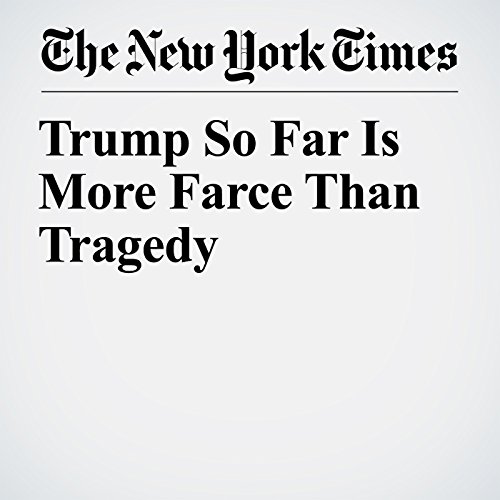 Like any strange and quarrelsome sect, the church of anti-Trump conservatism has divided and subdivided since Donald Trump’s election. Some members have apostatized and joined the ranks of Trumpists; others have marched leftward, with anti-Trumpism as a gateway drug to wokeness. There is a faction that is notionally skeptical of Trump but functionally anti-anti-Trump, a faction that insists it’s just calling “balls and strikes” and a faction screaming that the president rigged the game and needs to be thrown out.

"Trump So Far Is More Farce Than Tragedy" is from the January 20, 2018 Opinion section of The New York Times. It was written by Ross Douthat and narrated by Keith Sellon-Wright.