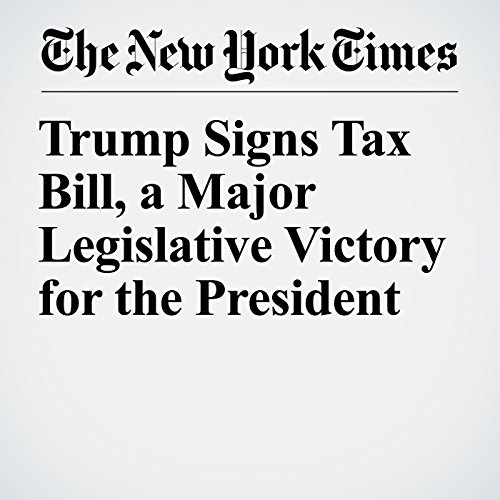 President Donald Trump signed a sweeping tax bill Friday that Republicans promise will benefit the middle class, despite warnings from Democrats that the new law could be harmful to the country.

"Trump Signs Tax Bill, a Major Legislative Victory for the President" is from the December 22, 2017 Politics section of The New York Times. It was written by Michael Tackett and Eileen Sullivan and narrated by Kristi Burns.