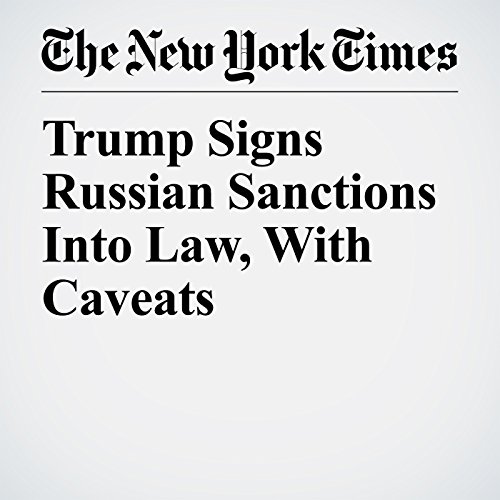 President Donald Trump signed legislation Wednesday imposing sanctions on Russia and limiting his own authority to lift them, but asserted that the measure included “a number of clearly unconstitutional provisions” and left open the possibility that he might choose not to enforce them as lawmakers intended.

"Trump Signs Russian Sanctions Into Law, With Caveats" is from the August 02, 2017 World section of The New York Times. It was written by Peter Baker and narrated by Keith Sellon-Wright.