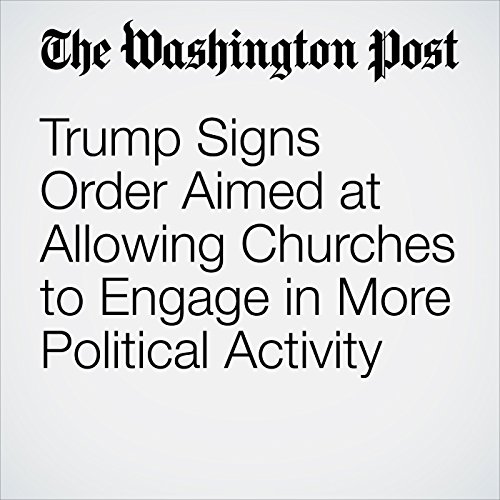 President Trump on Thursday said he would direct the Internal Revenue Service to relax enforcement of rules barring tax-exempt churches from participating in politics as part of a much-anticipated executive order on religious liberties.

" Trump Signs Order Aimed at Allowing Churches to Engage in More Political Activity" is from the May 04, 2017 Politics section of The Washington Post. It was written by John Wagner and Sarah Pulliam Bailey and narrated by Sam Scholl.