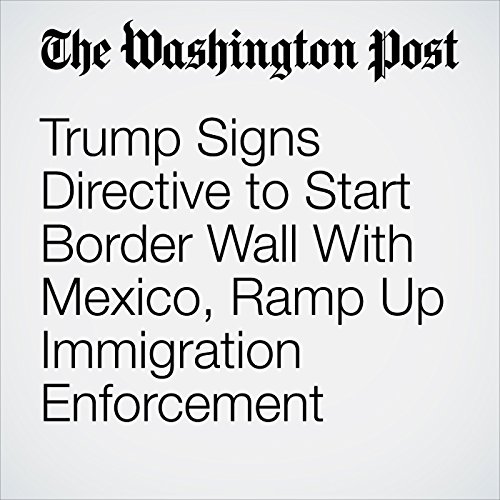 In an appearance at the Department of Homeland Security, Trump kicked off the rollout of a series of directives aimed at clamping down on the estimated 11 million immigrants living illegally in the United States. Aides said more directives could come later this week, including new restrictions on refugees and immigrants from Muslim-majority countries.

"Trump Signs Directive to Start Border Wall With Mexico, Ramp Up Immigration Enforcement" is from the January 25, 2017 Politics section of The Washington Post. It was written by David Nakamura and narrated by Sam Scholl.