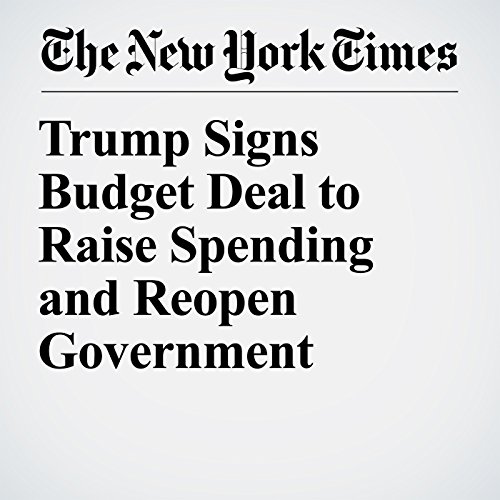 President Donald Trump on Friday morning signed into law a far-reaching budget deal that will boost spending by hundreds of billions of dollars and allow the federal government to reopen after a brief shutdown.

"Trump Signs Budget Deal to Raise Spending and Reopen Government" is from the February 09, 2018 U.S. section of The New York Times. It was written by Thomas Kaplan and narrated by Mike DelGaudio.