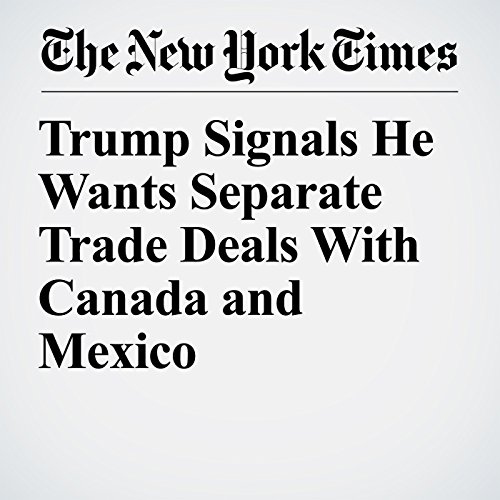 The Trump administration added another complication to already fractious talks with Canada and Mexico on Tuesday, suggesting that President Donald Trump now wants to negotiate separate bilateral deals with those nations rather than continue three-country discussions to rewrite the North American Free Trade Agreement.

"Trump Signals He Wants Separate Trade Deals With Canada and Mexico" is from the June 05, 2018 U.S. section of The New York Times. It was written by Ana Swanson and Jim Tankersley and narrated by Kristi Burns.