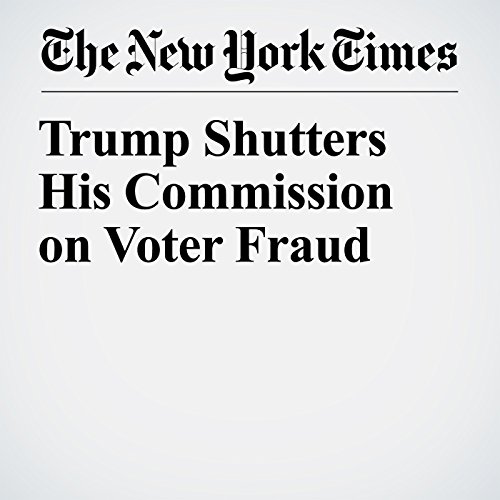 President Donald Trump on Wednesday abruptly shut down a White House commission he had charged with investigating voter fraud, ending a brief quest for evidence of election theft that generated lawsuits, outrage and some scholarly testimony, but no real evidence that American elections are at all corrupt.

"Trump Shutters His Commission on Voter Fraud" is from the January 04, 2018 U.S. section of The New York Times. It was written by Michael Tackett and Michael Wines and narrated by Keith Sellon-Wright.