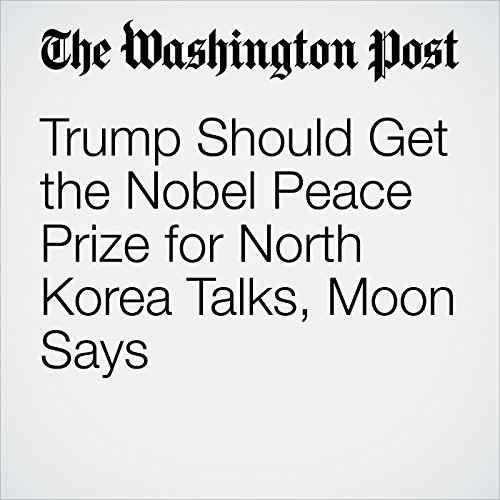 TOKYO — If anyone were to win the Nobel Peace Prize for the current effort to solve the North Korean nuclear problem, it should be President Trump. That’s what South Korea’s president said Monday when it was suggested that he himself should be in line for the award.

"Trump Should Get the Nobel Peace Prize for North Korea Talks, Moon Says" is from the April 30, 2018 World section of The Washington Post. It was written by Anna Fifield and narrated by Sam Scholl.