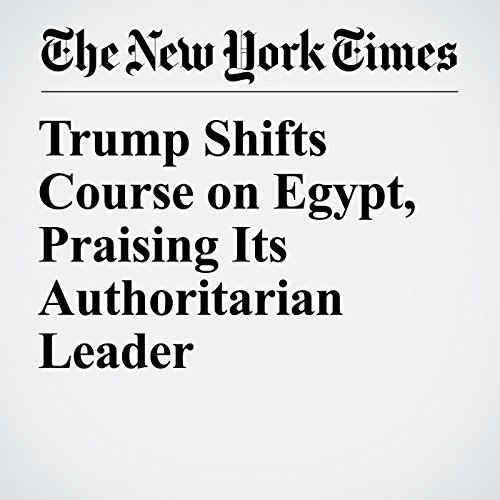 Ever since he seized power in a military takeover nearly four years ago, Egypt’s President Abdel-Fattah el-Sissi has been barred from the White House. But President Donald Trump made clear Monday that the period of ostracism was over as he hosted el-Sissi and pledged unstinting support for the autocratic ruler.

"Trump Shifts Course on Egypt, Praising Its Authoritarian Leader" is from the April 03, 2017 U.S. section of The New York Times. It was written by Peter Baker and Declan Walsh and narrated by Caroline Miller.