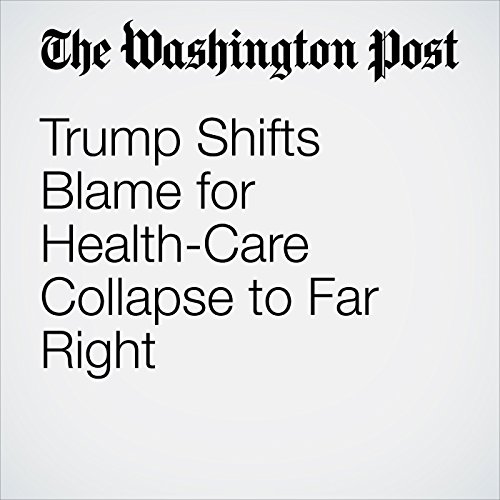 His attack — starting with a tweet that singled out the House Freedom Caucus as well as the influential Club for Growth and Heritage Action for America — marked a new turn in the increasingly troubled relationship between the White House and a divided GOP still adjusting to its unorthodox standard-bearer.

"Trump Shifts Blame for Health-Care Collapse to Far Right" is from the March 26, 2017 Politics section of The Washington Post. It was written by Sean Sullivan, John Wagner and Amber Phillips and narrated by Sam Scholl.