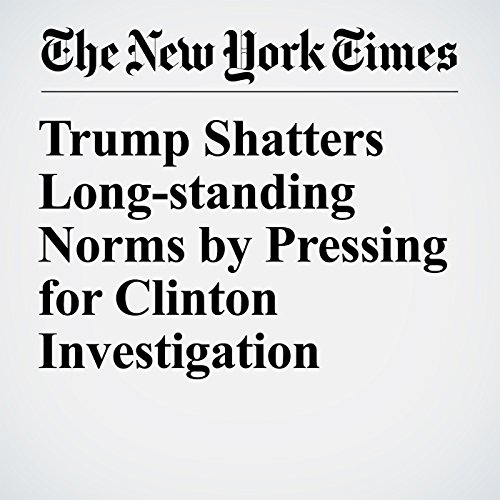 President Donald Trump did not need to send a memo or telephone his attorney general to make his desires known. He broadcast them for all the world to see on Twitter. The instruction was clear: The Justice Department should investigate his defeated opponent from last year’s campaign.

"Trump Shatters Long-standing Norms by Pressing for Clinton Investigation" is from the November 14, 2017 U.S. section of The New York Times. It was written by Peter Baker and narrated by Barbara Benjamin-Creel.