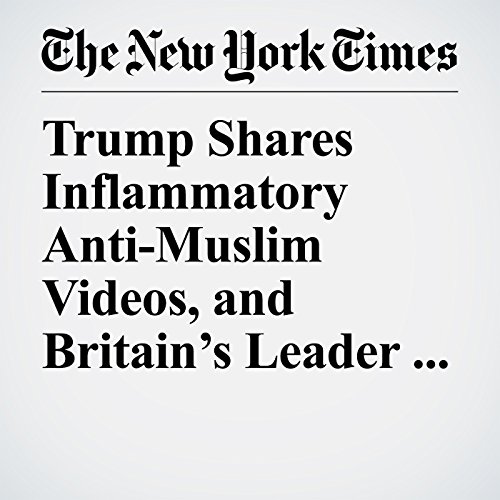 President Donald Trump shared videos on Twitter on Wednesday morning that supposedly portray Muslims committing acts of violence, images that are likely to fuel anti-Islam sentiments popular among the president’s political base in the United States and that prompted the office of Britain’s prime minister to issue a statement condemning the tweets.

"Trump Shares Inflammatory Anti-Muslim Videos, and Britain’s Leader Condemns Them" is from the November 29, 2017 U.S. section of The New York Times. It was written by Eileen Sullivan and Dan Bilefsky and narrated by Keith Sellon-Wright.