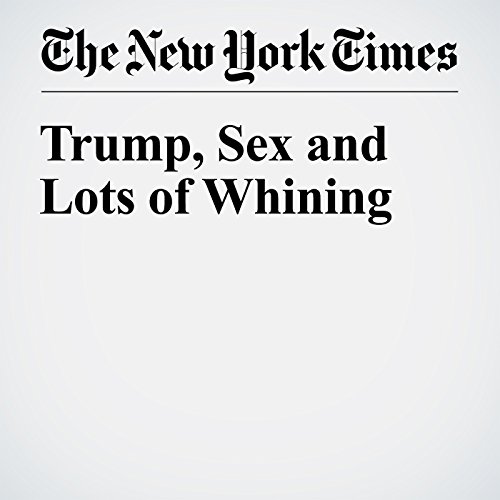 The world learned this week about memos from a retired British intelligence officer on relations between the Trump campaign and the Russians. They included some speculation about whether there were compromising videos of Trump cavorting in a Russian hotel that might explain his enthusiastic support for Vladimir Putin.

"Trump, Sex and Lots of Whining" is from the January 11, 2017 Opinion section of The New York Times. It was written by Gail Collins and narrated by Jenny Hoops.