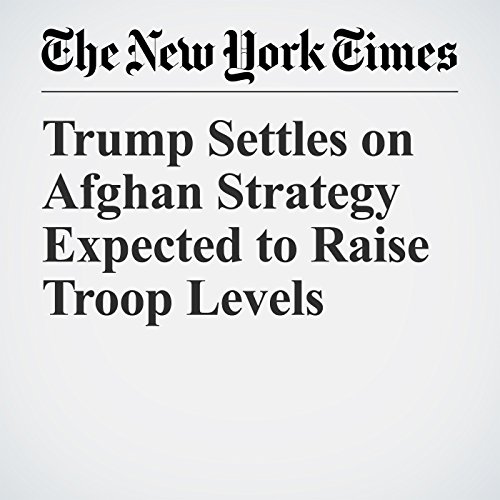 President Donald Trump, who has been accused by lawmakers of dragging his feet on Afghanistan, has settled on a new strategy to carry on the nearly 16-year-old conflict there, administration officials said Sunday. The move, following a detailed review, is likely to open the door to the deployment of several thousand troops.

"Trump Settles on Afghan Strategy Expected to Raise Troop Levels" is from the August 20, 2017 World section of The New York Times. It was written by Michael R. Gordon, Eric Schmitt and Maggie Haberman and narrated by Keith Sellon-Wright.