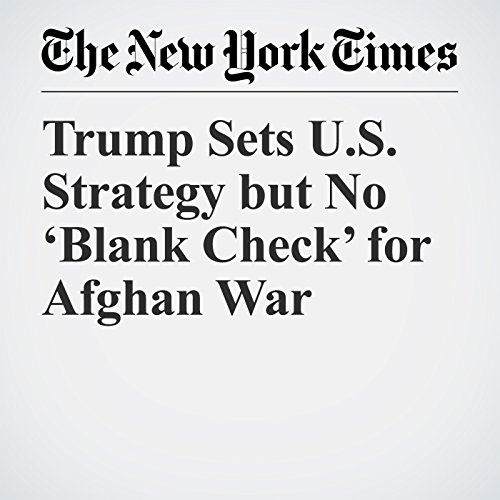 President Donald Trump put forward on Monday a long-awaited strategy for resolving the nearly 16-year-old conflict in Afghanistan, but he declined to specify either the number of troops that would be committed, or the conditions by which he would judge the success of their mission there.

"Trump Sets U.S. Strategy but No ‘Blank Check’ for Afghan War" is from the August 21, 2017 World section of The New York Times. It was written by Julie Hirschfeld Davis and Mark Landler and narrated by Keith Sellon-Wright.