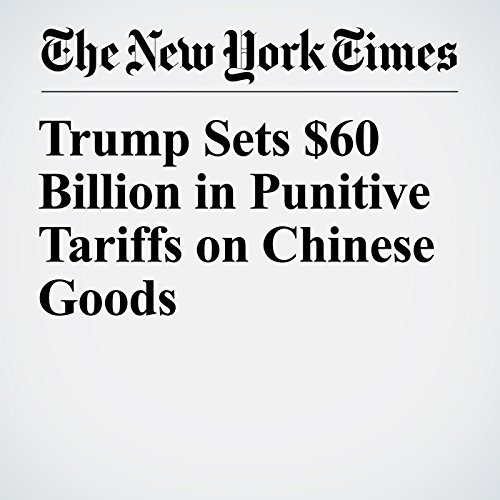 President Donald Trump put China squarely in his cross hairs Thursday, imposing tariffs on as much as $60 billion worth of Chinese goods to combat the rising threat from a nation the White House has called “an economic enemy.”

"Trump Sets $60 Billion in Punitive Tariffs on Chinese Goods" is from the March 23, 2018 U.S. section of The New York Times. It was written by Mark Landler, Jim Tankersley and narrated by Fleet Cooper.