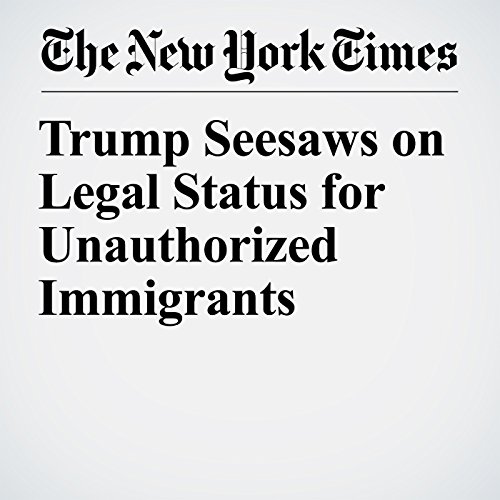 President Donald Trump dangled on Tuesday the prospect of a stunning reversal on immigration, first saying he is open to providing legal status for millions of unauthorized immigrants and then declining to directly bring the idea up in his first speech to a joint session of Congress.

"Trump Seesaws on Legal Status for Unauthorized Immigrants" is from the March 01, 2017 U.S. section of The New York Times. It was written by Michael D. Shear and narrated by Caroline Miller.