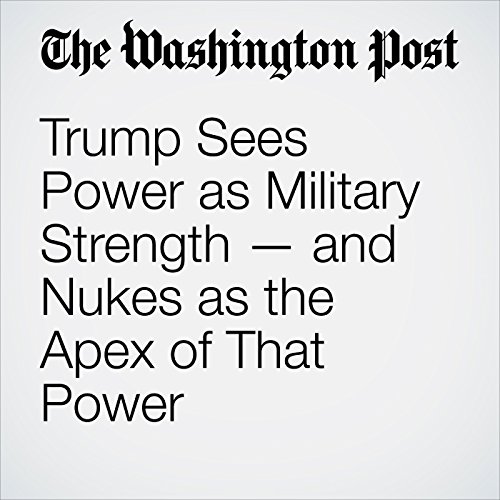 On Wednesday, NBC News reported that President Trump sought a dramatic increase in the number of nuclear weapons in the United States’ arsenal. It’s a position that runs contrary to recent presidential administrations, during which international treaties were developed with the aim of reducing nuclear weapon stockpiles around the world. But a request to boost our nuclear capabilities fits squarely with Trump’s understanding of power.

"Trump Sees Power as Military Strength — and Nukes as the Apex of That Power" is from the October 11, 2017 Politics section of The Washington Post. It was written by Philip Bump and narrated by Sam Scholl.