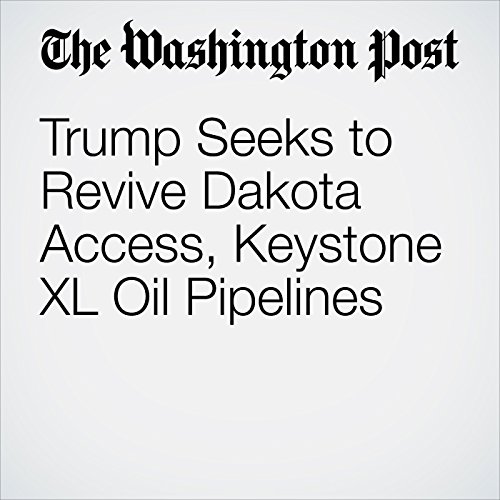 "Trump Seeks to Revive Dakota Access, Keystone XL Oil Pipelines" is from the January 24, 2017 National section of The Washington Post. It was written by Steven Mufson and Juliet Eilperin and narrated by Sam Scholl.