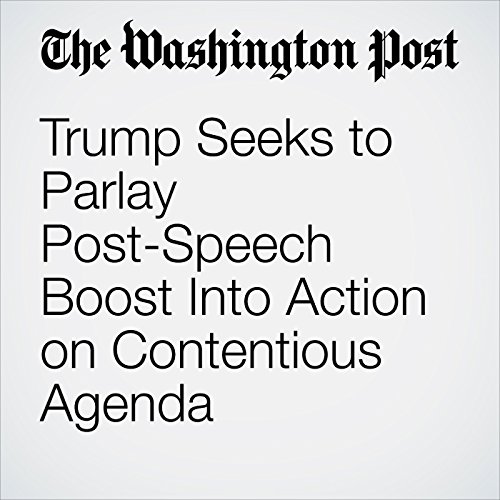 While Trump garnered enthusiastic applause from the Republican side of the aisle for marquee items such as replacing former president Obama’s health care law and reforming the tax code, major differences remain within the GOP on the specifics of how to move forward.

"Trump Seeks to Parlay Post-Speech Boost Into Action on Contentious Agenda" is from the March 01, 2017 Politics section of The Washington Post. It was written by Philip Rucker, Robert Costa and John Wagner and narrated by Jenny Hoops.