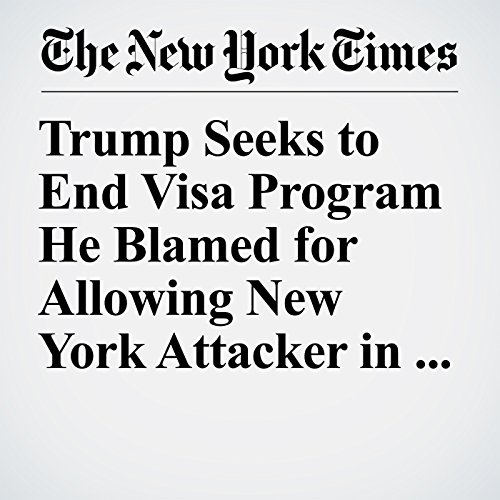 President Donald Trump said on Wednesday that he would consider sending the suspect arrested after the terrorist attack in New York to the U.S. prison at Guantánamo Bay, Cuba, and called on Congress to cancel a long-standing immigration program that he blamed for allowing the man into the country.

"Trump Seeks to End Visa Program He Blamed for Allowing New York Attacker in the U.S." is from the November 01, 2017 U.S. section of The New York Times. It was written by Peter Bake and narrated by Keith Sellon-Wright.