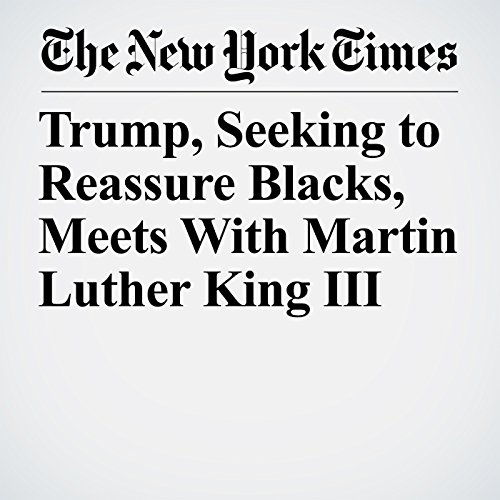 President-elect Donald Trump eschewed public appearances and met privately Monday with the eldest son of the Rev. Dr. Martin Luther King Jr. on the holiday devoted to the civil rights hero, in a tentative show of outreach to African-Americans who have been alarmed by his rhetoric and his policy positions.

"Trump, Seeking to Reassure Blacks, Meets With Martin Luther King III" is from the January 16, 2017 U.S. section of The New York Times. It was written by Julie Hirschfeld Davis and narrated by Kristi Burns.