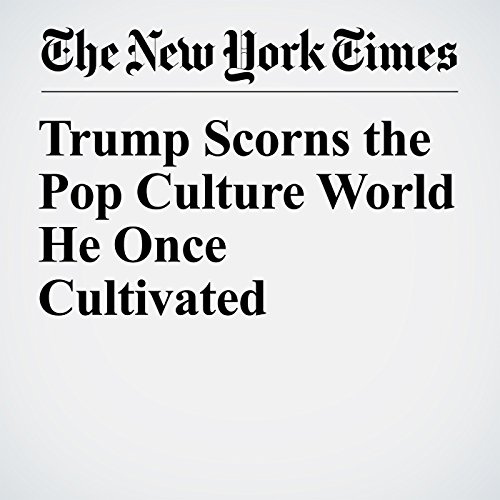 Trump’s denunciation of pop culture, which has intensified since his victory, is rich with irony, given that he sought acceptance from Hollywood and cultural elites for decades.

"Trump Scorns the Pop Culture World He Once Cultivated" is from the January 31, 2017 Arts section of The New York Times. It was written by Sopan Deb and narrated by Kristi Burns.