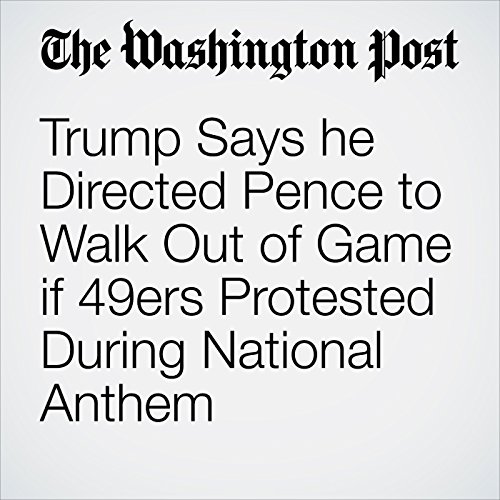 The plan had been for Vice President Mike Pence to attend the Indianapolis Colts game at which Peyton Manning’s number is to be retired. The former governor of Indiana and his wife left after the national anthem, following instructions from President Trump after a number of San Francisco 49ers players took a knee during the anthem.

"Trump Says he Directed Pence to Walk Out of Game if 49ers Protested During National Anthem" is from the October 08, 2017 Sports section of The Washington Post. It was written by Cindy Boren and narrated by Sam Scholl.