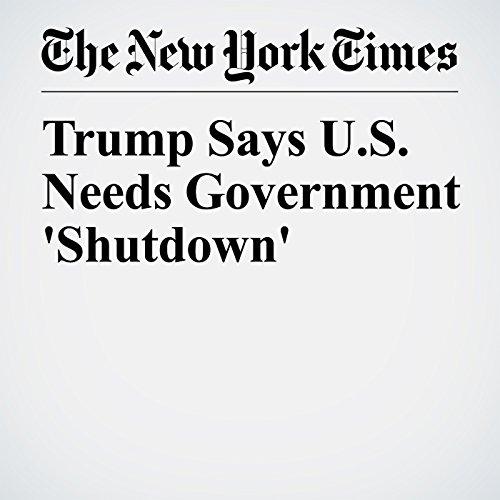 President Donald Trump said on Tuesday that the United States needed “a good ‘shutdown'” this fall to force a partisan confrontation over federal spending, and suggested that he might move to reverse long-standing Senate rules that effectively require a supermajority to approve most major legislation.

"Trump Says U.S. Needs Government 'Shutdown'" is from the May 02, 2017 U.S. section of The New York Times. It was written by Julie Hirschfeld Davis and narrated by Kristi Burns.