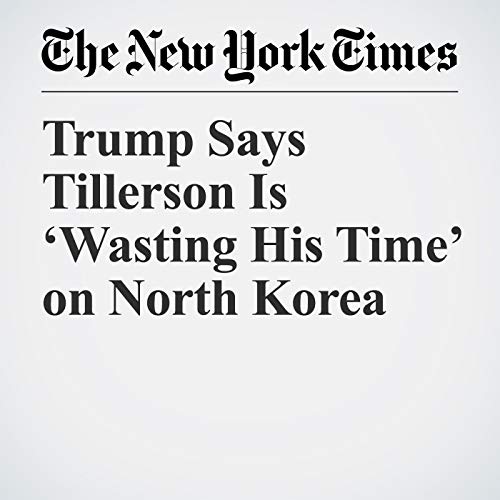 Trump Says Tillerson Is ‘Wasting His Time’ on North Korea

President Donald Trump seemed to undercut his own secretary of state on Sunday as he belittled the prospect of a diplomatic resolution to the nuclear-edged crisis with North Korea even as the administration was seeking to open lines of communication.

"Trump Says Tillerson Is ‘Wasting His Time’ on North Korea" is from the October 01, 2017 U.S. section of The New York Times. It was written by Peter Baker and narrated by Kristi Burns.