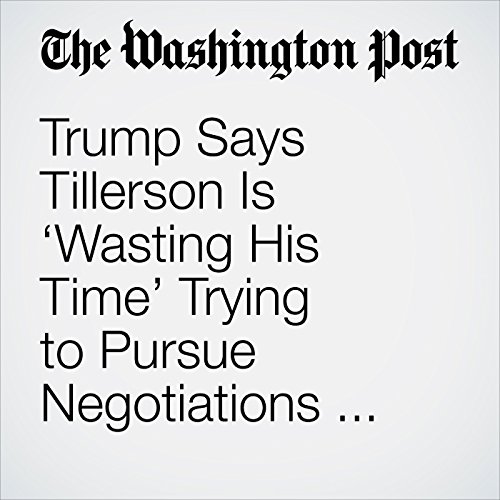 President Trump signaled Sunday that he does not believe that attempts at direct communications with North Korea are worth the effort despite escalating tensions between Washington and Pyongyang.

"Trump Says Tillerson Is ‘Wasting His Time’ Trying to Pursue Negotiations with North Korea" is from the October 01, 2017 Post Politics section of The Washington Post. It was written by David Nakamura and narrated by Sam Scholl.