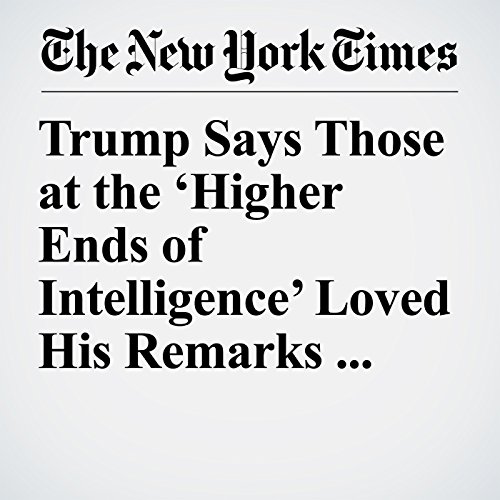 President Donald Trump said on Twitter on Wednesday that “many people at the higher ends of intelligence” loved his performance during Monday’s joint news conference in Helsinki with President Vladimir Putin of Russia. But it was not immediately clear which people Trump was referring to — very smart, intelligent people or senior officials in the nation’s intelligence agencies.

"Trump Says Those at the ‘Higher Ends of Intelligence’ Loved His Remarks With Putin" is from the July 18, 2018 U.S. section of The New York Times. It was written by Eileen Sullivan and narrated by Kristi Burns.