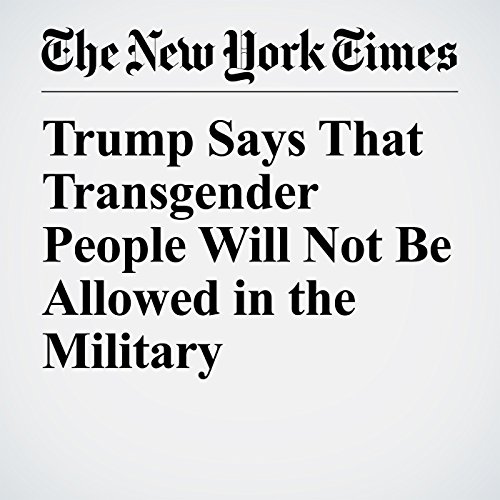 President Donald Trump announced Wednesday that the United States will not “accept or allow” transgender people in the U.S. military, saying U.S. forces “must be focused on decisive and overwhelming victory” and could not afford to accommodate them.

"Trump Says That Transgender People Will Not Be Allowed in the Military" is from the July 26, 2017 U.S. section of The New York Times. It was written by Julie Hirschfeld Davis and Helene Cooper and narrated by Kristi Burns.