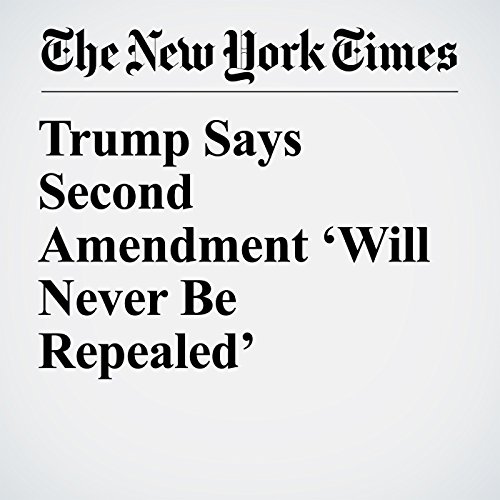 President Donald Trump said Wednesday that the Second Amendment — the right to keep and bear arms — “will never be repealed,” responding to an opinion piece written by a retired Supreme Court justice who called for just that.

"Trump Says Second Amendment ‘Will Never Be Repealed’" is from the March 28, 2018 U.S. section of The New York Times. It was written by Eileen Sullivan and narrated by Kristi Burns.