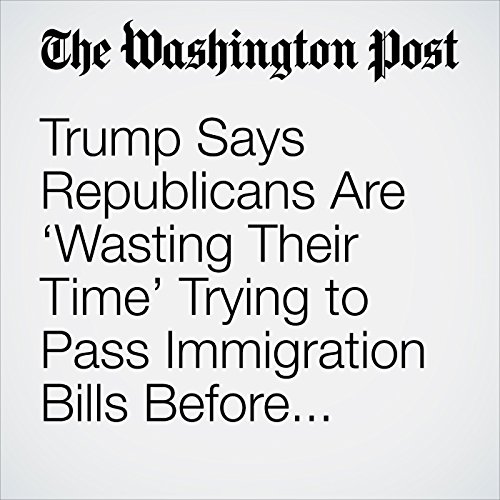 President Trump said Friday that Republicans should stop “wasting their time” on immigration, suggesting they put off efforts to pass legislation until after the November elections, when he predicted more GOP members of Congress will be elected.

"Trump Says Republicans Are ‘Wasting Their Time’ Trying to Pass Immigration Bills Before November Elections" is from the June 22, 2018 Politics section of The Washington Post. It was written by John Wagner and Mike DeBonis and narrated by Jenny Hoops.