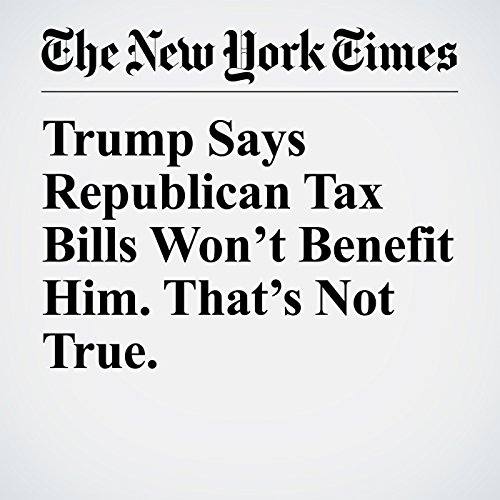 President Donald Trump likes to argue that the tax-reform legislation hurtling through Congress this week will protect low- and middle-income households, “not the wealthy and well connected.” He puts himself forward as Exhibit A. “This is going to cost me a fortune,” he said on Wednesday in Missouri. “This is not good for me.”

"Trump Says Republican Tax Bills Won’t Benefit Him. That’s Not True." is from the November 30, 2017 Business section of The New York Times. It was written by James B. Stewart and narrated by Kristi Burns.