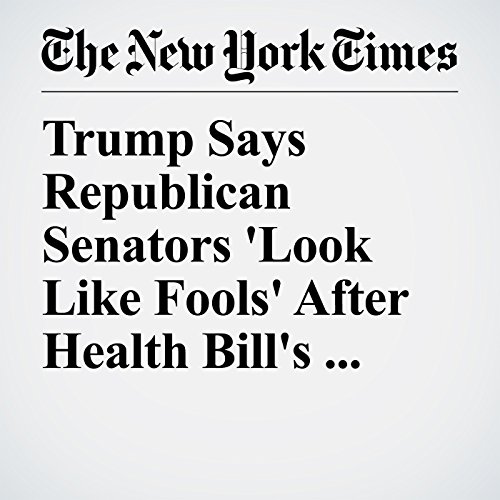 President Donald Trump on Saturday scolded Congress for looking “like fools” and urged Republican senators not to be “total quitters” as he insisted that his push to overhaul the nation’s health care law remained viable, the day after it was rejected by the Senate.

"Trump Says Republican Senators 'Look Like Fools' After Health Bill's Failure" is from the July 29, 2017 Domestic section of The New York Times. It was written by Maggie Haberman and narrated by Keith Sellon-Wright.