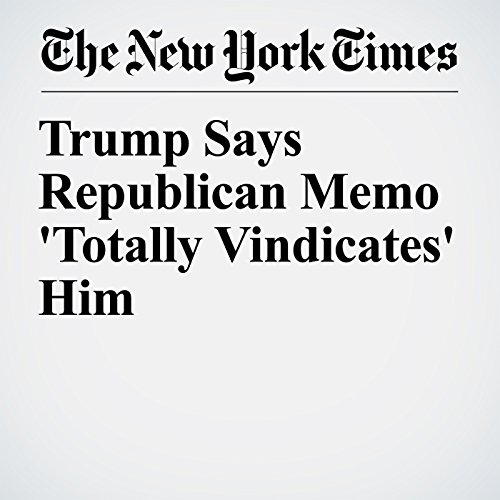 President Donald Trump said Saturday that a partisan memo released by House Republicans “totally vindicates” him in the investigation into Russian election interference, complaining that the “witch hunt” would go “on and on” even though there had been no collusion or obstruction of justice.

"Trump Says Republican Memo 'Totally Vindicates' Him" is from the February 03, 2018 U.S. section of The New York Times. It was written by Emily Cochrane and narrated by Kristi Burns.