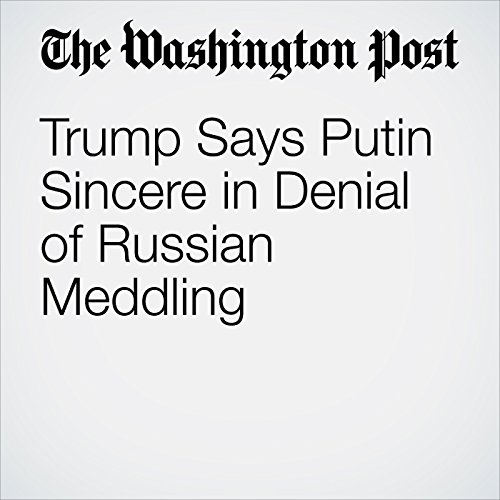 President Trump said that President Vladimir Putin had assured him again Saturday that Russia did not interfere in the 2016 presidential campaign, and indicated that he believed Putin’s sincerity, drawing immediate criticism from lawmakers and former intelligence officials who assessed that the meddling took place.

"Trump Says Putin Sincere in Denial of Russian Meddling" is from the November 11, 2017 National section of The Washington Post. It was written by Karen DeYoung, Ashley Parker and David Nakamura and narrated by Sam Scholl.