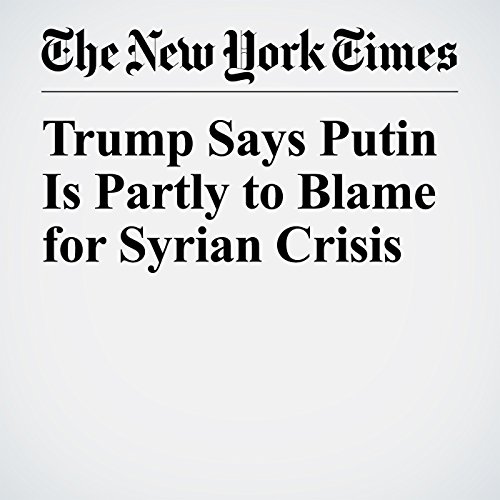 President Donald Trump said Wednesday that President Vladimir Putin of Russia is partly to blame for the crisis in Syria and bears responsibility to help bring peace to the war-torn country, comments meant to increase pressure on the Kremlin as his secretary of state was in Moscow for a tense round of talks.

"Trump Says Putin Is Partly to Blame for Syrian Crisis" is from the April 12, 2017 U.S. section of The New York Times. It was written by Julie Hirschfeld Davis and narrated by Keith Sellon-Wright.