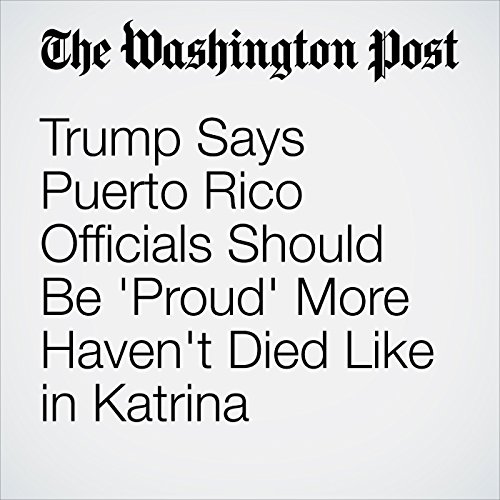 President Trump on Tuesday told Puerto Rico officials they should feel “very proud” they haven’t lost thousands of lives like in “a real catastrophe like Katrina,” while adding that the devastated island territory has thrown the nation’s budget “a little out of whack.”

"Trump Says Puerto Rico Officials Should Be 'Proud' More Haven't Died Like in Katrina" is from the October 03, 2017 National section of The Washington Post. It was written by Ashley Parker and narrated by Sam Scholl.