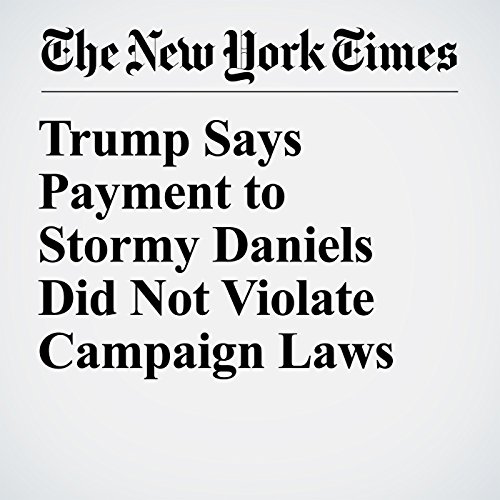 President Donald Trump on Thursday directly contradicted his earlier statements that he knew of no payment to Stormy Daniels, the pornographic film actress who says she had an affair with Trump.

"Trump Says Payment to Stormy Daniels Did Not Violate Campaign Laws" is from the May 03, 2018 U.S. section of The New York Times. It was written by Eileen Sullivan, Matt Apuzzo and Maggie Haberman and narrated by Kristi Burns.