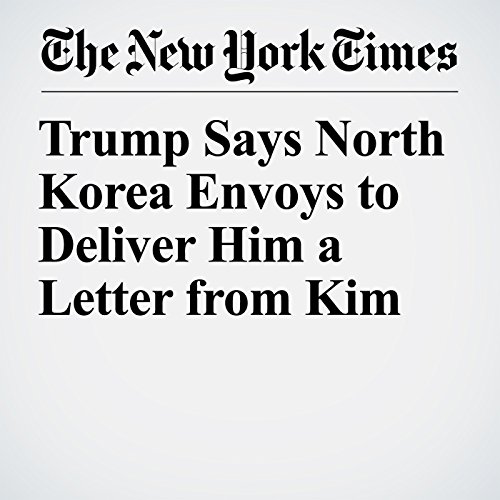 President Donald Trump said Thursday that a delegation of officials from North Korea is expected to deliver him a letter from their leader, Kim Jong Un, in an extraordinary meeting Friday in Washington.

"Trump Says North Korea Envoys to Deliver Him a Letter from Kim" is from the May 31, 2018 World section of The New York Times. It was written by Gardiner Harris and narrated by Fleet Cooper.