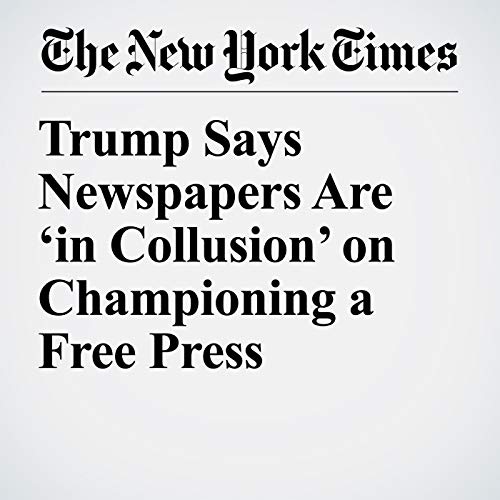 Trump Says Newspapers Are ‘in Collusion’ on Championing a Free Press

President Donald Trump on Thursday assailed the media for editorials in newspapers across the country that championed the freedom of the press, a unified response in the face of the president’s relentless attacks.

"Trump Says Newspapers Are ‘in Collusion’ on Championing a Free Press" is from the August 16, 2018 Business section of The New York Times. It was written by Eileen Sullivan and narrated by Kristi Burns.