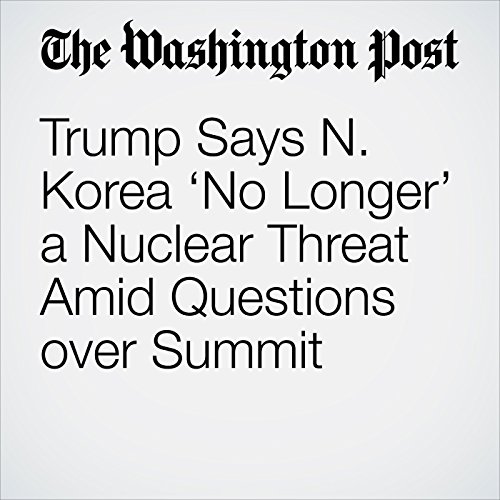 Returning to Washington on Wednesday, President Trump amped up claims of a highly successful summit with North Korean leader Kim Jong Un as Democrats — and even some Republicans — grew increasingly skeptical about what had been accomplished in Singapore.

"Trump Says N. Korea ‘No Longer’ a Nuclear Threat Amid Questions over Summit" is from the June 13, 2018 Politics section of The Washington Post. It was written by John Wagner and narrated by Sam Scholl.