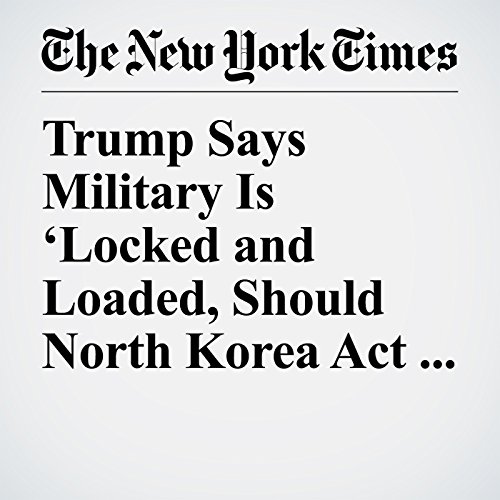 President Donald Trump issued yet another provocative warning of military action against North Korea on Friday, the third time in a week that he has suggested he was ready to strike the small, isolated Asian country that has been developing nuclear weapons capable of reaching the United States.

"Trump Says Military Is ‘Locked and Loaded, Should North Korea Act Unwisely’" is from the August 11, 2017 World section of The New York Times. It was written by Peter Baker and narrated by Barbara Benjamin-Creel.