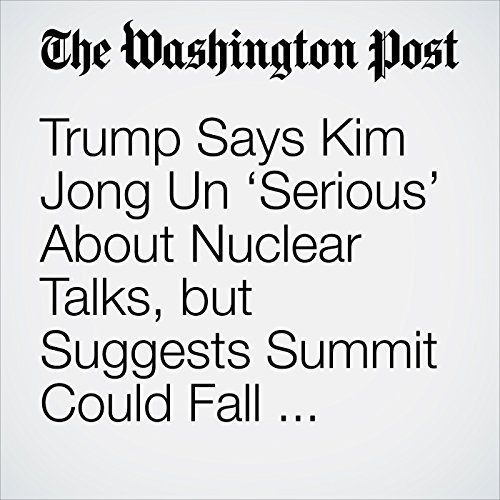 President Trump expressed confidence Tuesday that North Korean dictator Kim Jong Un is “serious” about negotiating over denuclearization, but he acknowledged a “substantial chance” that a summit planned for June 12 in Singapore could fall through.

"Trump Says Kim Jong Un ‘Serious’ About Nuclear Talks, but Suggests Summit Could Fall Through" is from the May 22, 2018 Politics section of The Washington Post. It was written by David Nakamura and narrated by Sam Scholl.